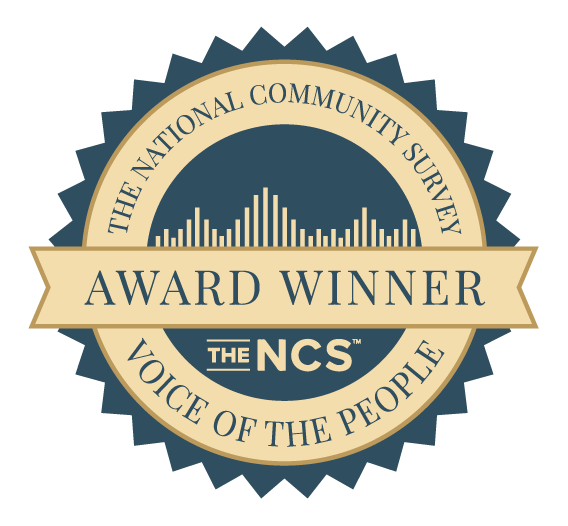 PORT ST. LUCIE – The City has received prestigious, national recognition for its efforts to engage citizens and give them a “voice” when planning for Port St. Lucie’s future.

City officials were notified this week that Port St. Lucie has won the 2019 Voice of the People Award for Transformations in Foundations. This award is presented jointly by the National Research Center, Inc. (NRC) and the International City/County Management Association (ICMA). The Voice of the People Awards are the only ones given in local government based on the opinions of residents.

The City works with NRC annually to participate in the The National Citizen Survey™, now called The National Community Survey™. Those scientifically-valid survey results, along with input gathered at our annual Citizen Summit, are an integral part of the City Council’s yearly updates to Port St. Lucie’s Strategic Plan. The Voice of the People Award is only given to top performing jurisdictions that best listen and act for the benefit of their communities. This year’s awards were very competitive. Only those jurisdictions that received the most improved ratings in resident opinion in 2018 and illustrated actions taken to benefit their communities were selected as winners.

“These local governments are doing great things for their communities, and improving every-day life for their residents,” said Damema Mann, Director of National Engagement for NRC/Polco. “We are honored to recognize the award winners and finalists on a national stage.”

Examples of how the citizens’ “voice” have been implemented in Port St. Lucie include:

"These communities are setting the standard in using public input data to deliver quality of life improvements, as well as building trust between residents and their local governments," said Nick Mastronardi, CEO of Polco/NRC. "Their work is truly worthy of recognition."

The Voice of the People Awards brings positive publicity and recognition on a national scale, as well as the opportunity to join an elite community of winners sharing best practices in local government and serving as a model for others around the world. This award aligns with Strategic Plan Goal 7 – High Performing Government Organization, the City’s mission of providing exceptional municipal services and our organizational vision statement: Port St. Lucie is recognized nationally as a leader providing superior services through a diverse, empowered and visionary city team.

Port St. Lucie City Manager Russ Blackburn will accept the award on behalf of the City at the 105th Annual ICMA conference in Nashville, TN on October 20-23, 2019.